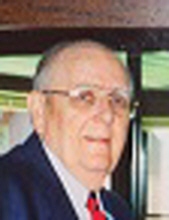 Joseph Ben Kelley “Joe”, 89, of Dayton, OH, was born March 30, 1932 to the late Rose and Troy Kelley. Ben grew up in Princewick, WV where he met and married Betty Cole Kelley and moved to Dayton, OH where he owned Elite Tools. Ben was member of the United Methodist Church of West Carrollton, OH. He served as military police in the Air Force in Europe, Africa, and England. He told many stories about his service including serving as a military guard at Queen Elizabeth’s coronation. He was also a 32nd degree Mason.
Ben was preceded in death by Betty, his wife of 61 years; sister, Kathleen Blackburn; brothers Kyle, Gayle, twin brother, John Glen and only son, Joseph Ben Kelley, II (Joey).
Ben was a proud “Pa” to his grandsons, Landon, Gavin, and Grayson Kelley of Miamisburg, OH.
He recently resided at Sheridan at mason Assisted living.
Special thanks to Cathy Degiargio and to Hospice of Dayton, and especially Larry Keys for his help and devotion. He will be missed by his sister-in-law, Sue Graham, nieces and nephews, and many friends.
A graveside service will be held Saturday, September 11 at 10:30 a.m. at Sunset Memorial Park.
Arrangements by Calfee Funeral Home.
To order memorial trees or send flowers to the family in memory of Joseph Ben Kelley, please visit our flower store.