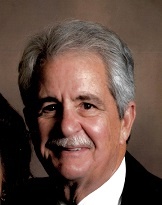 John Bailey Hedrick, 77, of Beckley passed away peacefully surrounded by his loving family at Bowers Hospice House on June 19, 2022. John was born in Baltimore, Maryland on March 18, 1945, to the late Dr. John A. Hedrick and Natalie Bailey Hedrick.

John graduated from Woodrow Wilson High School Class of 1963 where he was recognized as one of West Virginia’s All-State baseball pitchers. He then graduated from Greenbrier Military School in 1964 and went on to attend Marshall University.

John was preceded in death by his parents, Dr. John A. Hedrick and Natalie Hedrick McKinney, his sister Connie Sue Concepcion and brother-in-law Dr. Roberto Concepcion. Those left to cherish his memory are his wife Susan Buzzard Hedrick, his son John Christopher Hedrick (Leslie) and daughter Natalie Hedrick Fey (Jeff), his adoring grandchildren, Jack Bailey Hedrick, Caroline Elise Fey and Cameron Jeffrey Fey all of Charlotte, NC. His brother, James Robert Hedrick of Arvada, Colorado as well as many special nieces and nephews.

John was a generous, loving husband, father and grandfather. John was a true gentleman who never met a stranger. His kindness and respect for others was exemplified in how he treated people.

Visitation will be one hour prior to the service at the church.

Parking will be permitted behind the church in the WVU Tech parking lot.

In lieu of flowers, memorial donations may be made to:

To order memorial trees or send flowers to the family in memory of John Bailey Hedrick, please visit our flower store.