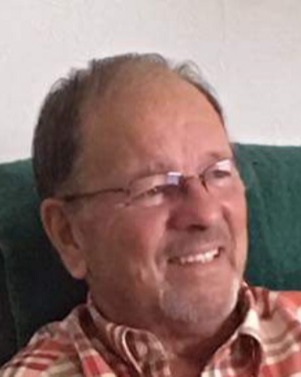 John Eldridge Smith went home to be with the Lord on December 7th, 2022,

at the age of 85 after a dignified battle with cancer.

John was born to Elsie Mae Kerns and Maurice Hanes Smith, Sr. on

as a young man and served 6 years aboard the USS Albany. After his service, he

began a career at Vecellio & Grogan, Inc. and was employed there for over 40

years. Two years into his career, he married Judy Kay Eastridge and had two

daughters, Stephanie Diane and Shane Renee, whom he loved dearly.

John had many hobbies that kept him busy. He spent many years of his life

riding his Harley-Davidson across the country with friends, seeing major cities and

landmarks. He also enjoyed classic muscle cars, owning many different ones over

his lifetime. In his retired years, he enjoyed playing golf as often as possible, and

spending time with his daughters and three grandchildren.

John is preceded in death by his parents, Elsie Mae and Maurice Hanes

He is survived by his daughters, Stephanie Diane Cofer of Winston Salem, NC, and Shane Renee

and grandfather once was. We thank the Lord for the promise of seeing him again

with the family one hour prior to service.

To order memorial trees or send flowers to the family in memory of John Eldridge Smith, please visit our flower store.