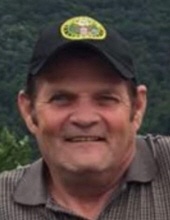 John Charles Hightower 70, born September 23,1950 of Stanaford WV. His passing followed a sudden illness. He was preceded in death of his father Dorsey Hightower, mother Genieve Hightower, a sister Barbara Hightower, and a brother-in-law Kenneth Browning. He leaves behind a sister Dorothy Browning. John was a U.S. Army veteran. Graduated from Woodrow Wilson. He spent his whole life living it to the fullest. He loved his hometown of Beckley. John’s last place of work was Dearing Construction before retiring. John leaves behind his other half and best friend Debbie Myles of Crow, WV; his daughter, Michelle Hightower of Crow; his son, John Hightower, II and significant other Robyn of Crow; his 5 grandchildren, Renee Bolen ( daughter) and fiancé Aaron Dickens of Rock Creek ,John Bolen and wife Jessica of Gallagher, Kenny Bolen of Crow, Adrianna Milam and husband Parker of Virginia Beach, VA, John Hightower, III of Verona, PA; his 8 Great grandchildren , Madeline(daughter), Mason, Abagail, Jaycee’, Brayden, Noah, Jaxon, Dustin. His life hobbies were love for music, being in a band, love for his guitar, hunting, fishing and camping, and endless time and smiles with his family and friends.
A celebration of John’s life will be 7:00 p.m. Wednesday, March 17, 2021 in the Calfee Funeral Home Chapel with Pastor Billy Pate officiating. Friends may visit with the family from 6:00 p.m. until service time.
Arrangements by Calfee Funeral Home.
To order memorial trees or send flowers to the family in memory of John Charles Hightower, please visit our flower store.