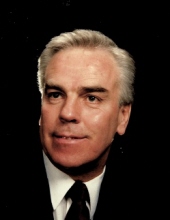 Jimmie Lee Parker, 81 of Cool Ridge, unexpectedly went to be with our Lord and Savior on July 8, 2020. Jim owned and operated “Style & Trim” Barber Shop in Beckley and was a Barber for 60+ years. Mr. Parker was a well known businessman in the Beckley community as he worked in Real Estate and Property Appraisal until 2012. He was a member of the United Methodist Temple and also attended First United Methodist Church in Beckley. Jim graduated from Sophia High School in 1957.
He was proceeded in death by his Parents Emmett and Helen Parker of Pemberton. Brothers Lloyd, Bill, Frank, Danny and Emmett Jr. (Buck) Parker, Sister Doris Peters, Son-In-Law Richard Lane, special niece Brenda Meadows, and Partner for 30 years JoAnn Wilcox. Surviving family to cherish his memory are his daughters Kimberly Lynn Parker Lane (John Reges) and Kristie Lee Parker (Jonathan Brown), Grandson Robert Parker Lane (Jessica Lane), Great Grandson Brody Parker Lane, Special Companion Inge Dunford, Brothers Bob Parker (Julia), John Parker (Carol), Jack Parker (Marianne), Sister Norma Walker, Step Grandchildren John Reges Jr., Megan Reges (Mark Davis) and Andrew Brown, Step Great Granddaughter McKinley Davis, and numerous nieces and nephews.
Jim was a Junior High, High School and College Football and Basketball Referee for almost 50 years. He began officiating in the late 1950's under the SSAC. He was honored in 2000 WVSSAC as WVNFIOA outstanding active football official. He was a member and past President of the Beckley Lions Club. Jim enjoyed all the years he spent at Flat Top Lake. He served on the Board and was past President of the Flat Top Lake Board of Directors for 20+ years. He was appointed by the City of Beckley to serve on numerous committees and he also was on the Board of the CRFT PSD for a short time.
Friends may visit with the family from 12 noon until 2 pm at Flat Top Lake Ballfield in Ghent, WV on Saturday, July 18, 2020. A Celebration of Life for Jim Parker will begin at 2 pm with Pastor Roger Pauley officiating. Come and share happy memories and stories of his life.
Members of the Beckley Lions Club will be Honorary Pallbearers.
In lieu of flowers, donations of sympathy may be made in memory of Jim Parker to the Beckley Lions Club, C/O Mark Anderson, PO Box 1301, Beckley, WV 25802-1301.

Arrangements by Calfee Funeral Home.
To order memorial trees or send flowers to the family in memory of Jimmie Lee Parker, please visit our flower store.