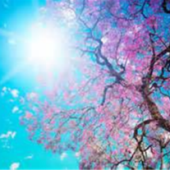 Janis Marie Phipps, 83, of Bloomington and formerly of Beckley, West Virginia, passed away on Thursday June 8, 2017 at IU Health Bloomington surrounded by her loving family.
Janis was born December 25, 1933 in Beckley, West Virginia and was the daughter of Roscoe Dillon and Virginia (Cottle) Campbell. Janis had worked for the DuPont Company and later was very active as a volunteer for different Hospitals and Hospice organizations. She was a member of Sherwood Oaks Christian Church. Most of all Janis loved her family and being a grandmother was her greatest accomplishment.
Janis was a loving wife, mother and grandmother to her husband of 67 years Charles Wesley Phipps of Bloomington, 2 sons; Jerry (Pamela) Phipps of Lebanon, Ohio and John (Susan) Phipps of Bloomington, 5 grandchildren and 5 great grandchildren. Also surviving are 6 brothers and sisters; Basil Campbell, Larry Campbell, Jeff Campbell, Dolores Cummings, Sherlene Bagley and Brenda Carlton.
She was preceded in death by her parents and 2 sons; James Ronald Phipps and Joey Alan Phipps.
Visitation for Janis will be from 2-5 pm Saturday June 10, 2017 at The Funeral Chapel of Powell and Deckard 3000 E. Third St. Bloomington.
A second visitation will be on Monday June 12, 2017 from 11:00 am until 2:00 pm at Calfee Funeral Home, 800 S. Oakwood Ave. Beckley, WV. Services will be 2:00 pm at the funeral home and burial will follow at Mt. Tabor Cemetery
To order memorial trees or send flowers to the family in memory of Janis Marie Phipps, please visit our flower store.