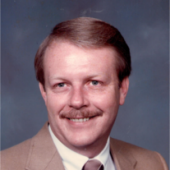 James William “Jim” Cox, 75, of Beckley passed away Thursday, October 18, 2018.
Born September 9, 1943 in Beckley, he was the son of the late Aubrey William and Ann Gravely Cox.
Jim was a member of Oak Grove Christian Church. He enjoyed jewelry making and volunteering at the Dan and Cynthia Bickey Art Gallery. He retired from Tamarack where he was also juried in as a jewelry artisan.
In addition to his parents he was preceded in death by a sister, Janet Faye Cox.
He is survived by brother, John E. Cox and wife Wilma of Beckley; sisters, Kathryn Teaford of Joplin, MO, Cora McPherson of National City, CA; nieces and nephews, Solina, Ryan (Tanya), Chad, Ann, Erica and Rory and several great nieces and nephews.
Friends may visit with the family from 6-8 pm on Monday, October 22, 2018 at Calfee Funeral Home.
The family suggests memorial contributions be made to the Beckley Art Group, 600 Johnstown Rd, Beckley, WV 25801.