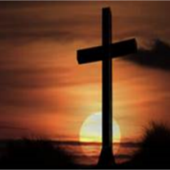 James Lee Sibray, 87, of Beckley passed away Monday, July 17, 2017. Born December 13, 1929 in Pittsburgh, he was the son of the late Donald Loammi and Dorothy Irene Schaub Sibray.
James was a mining engineer. He was a District Manager for Schroeder Brothers Corp. and Lake Shore Systems. He was a member of St. Francis de Sales Catholic Church and formerly served on the St. Sebastian Cemetery Committee. He was a U.S. Army veteran of the Korean War and a member and former president of Korean War Veterans Association.
In addition to his parents he was preceded in death by his wife, Geraldine, and by two sisters and four brothers.
James is survived by his children, David Sibray of Charleston, Jamie Boothe (Tim) of Beaver, , Donna Sibray of Morgantown, Carolyn Poston (Edward) of Cross Lanes; grandchildren, Nicholas Boothe and his wife, Lindsey; Ashley Barker and her husband, Zach; Eric Boothe, Dylan Poston, and James Donovin Sibray, and great-grandchildren Millie Boothe and Reagan Barker; sisters, Florence Blankenship, of Williamsburg, Va., and Dorothy Diana Zotcavage (John), of Dover, Del.
The family will receive friends from 10:30 a.m. Friday, July 21, 2017, at St. Francis de Sales Parish, 622 S. Oakwood Ave., Beckley, to be followed by a Funeral Liturgy at 12 p.m. with the Very Reverend Paul Wharton, V.F. officiating.
The family suggests that memorial contributions be made to the Wounded Warrior Project, support.woundedwarriorproject.org/donate.
Arrangements by Calfee Funeral Home, Beckley
To order memorial trees or send flowers to the family in memory of James Lee Sibray, please visit our flower store.