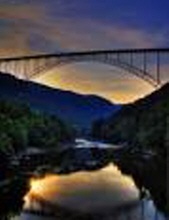 James Edward Ritter, 54, of Beaver passed away Sunday, March 1, 2020.
He was preceded in death by his father, James (Jim) Ritter of Beaver, his step-father, Rick Landes of Beaver and brother, Michael Ritter.
James was a former manager at the Pro Shop at Glade Springs and operated the snow blowing equipment at Winterplace. He was also formerly employed at Reic labs. He loved to play golf and fish.
He is survived by his mother, Juanita Ritter Landes and brother Shane Ritter of Beaver; several aunts, uncles, nieces, nephews, cousins and many friends
A Celebration of Life Service will be held at a later date.

Arrangements by Calfee Funeral Home.
To order memorial trees or send flowers to the family in memory of James Edward Ritter, please visit our flower store.