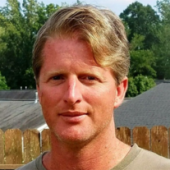 James Allen Dunkley, Jr., 40, of Beckley, passed away Saturday, February 2, 2019.
Born July 26, 1978 in Beckley he was the son of Deborah Adams Dunkley of Beckley and the late James Allen Dunkley.
James was employed by Powell Construction. He was a member of The Church of Jesus Christ of Latter-day Saints. James loved playing pool, fishing and spending time with his nieces and nephews whom he considered his children. He was a member of Beckley Moose Lodge.
In addition to his father he was preceded in death by his sister, Cassandra “Cassy” Dunkley Meador; all his grandparents and several aunts and uncles.
Besides his mother, James is survived by a sister, Rosaline Dunkley of Kernersville, NC; nieces and nephews, Taih, Lina, Keynan, Jason, Jr., Logan, Callie, Rayleigh; brother-in-law, Jason Meador of Mt. Hope; best friend, Thomas Gill of Beckley and numerous aunts, uncles and cousins.
Funeral services will be 1:00 p.m. Saturday, February 9, 2109 at The Church of Jesus Christ of Latter-day Saints with Bishop Terry Barnett officiating. Burial will follow in Sunset Memorial Park. Friends may visit with the family from 12 p.m. until time of service Saturday at the church.
Pallbearers will be Jason Meador, Taih Richardson, Keynan Richardson, Jason Meador, Jr., Boo Hancock, Tommy Dove, Tim Adams, Baxter Mallory.
In lieu of flowers the family requests memorial contributions be made to Jim Dunkley Funeral Fund at gofundme.com.

The Church of Jesus Christ of Latter-Day Saints

The Church of Jesus Christ of Latter-Day Saints