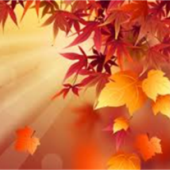 Jackson was affectionately known by his family and close friends as “Action Jackson”. He was a student at Sophia Soak Creek Elementary School and played basketball for the Hawks and a member of the Sophia First Baptist Church where he was involved with the Awanas. He loved cats and being outdoors where he liked to fish. He had a passion for building things and was very proud of the clubhouse he built in his backyard.

Survivors include his grandmother, Betsy Baber, who raised him as her own son since he was 2; sisters, Bobbi Jean Grubb and Shalyn Grubb; brother, Tyler Grubb; uncle, Shane Baber and his wife Melissa; cousins, Alexis and Isabella Baber; great grandparents, Kelly and Barbara Dillon; great-great grandmother, Sara Lynn Ward and his biological mother, Diannia Crump and her husband Mickey and numerous other family and close friends.

Funeral services will be 1:00 p.m. Saturday, September 17, 2016 at Crosspoint Church Of God with Pastors Vondie Cook, II and Sam Bell officiating. Burial will follow in Blue Ridge Memorial Gardens. Friends may visit the family 2 hours prior to the service Saturday at the church.