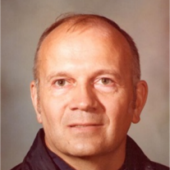 Jack grew up on the Patton Dairy Farm and attended Eccles and Trap Hill schools. He was a member of the 1952 Trap Hill Wildcat basketball team and was president of his sophomore and junior class. He served as President of the Future Farmers of America, Treasurer of the FFA Southern Federation, and received the FFA State Farmer’s degree in 1954. During his senior year, the Trap Hill faculty and Raleigh County Board of Education gave him permission to attend North Carolina State University to train as a Dairy Herd Improvement Tester for the West Virginia University Extension Service, a part time job he held for 30 years. Jack began his teaching and coaching career after graduating from Concord College in 1958. In 1962, he received his Master’s Degree at West Virginia University. In 1965, he attended the University of Oklahoma taking graduate courses in Geology. He also completed graduate work at Ohio State University, Marshall University, and the University of Louisville. In addition to teaching, coaching, and continuing his education, Jack served six years in the 130th Air National Guard Troop Carrier Squadron as an Instrument Technician. He taught science and coached in Floyd County, Virginia; Frederick County, Maryland and Raleigh County, West Virginia. Jack taught Geology and Botany in West Virginia University Science Camps and helped establish the Outdoor Education Complex in Raleigh County, WV. Prior to his retirement in 1998, he was a Science teacher and Athletic Director at Shady Spring Jr. High where he also coached the girl’s basketball team. Jack was a member of the American Legion, National Geology Teachers Association, Institute for Creation Research, West Virginia Education Association State Legislative Committee, Arch Coal/Beckley Mining Complex Advisory Panel and past President of the Raleigh County Classroom Teachers Association. He was a family research genealogist who along with his father, published “The Patton Family History”. Jack attended Pikeview Christian Church and was a member of the Oak Grove Christian Church where, in prior years, he was a deacon and ninth grade Sunday school class teacher.

A celebration of Jack’s life will be held on Wednesday, October 26, 2016 at Pikeview Christian Church. Friends may visit with the family two hours prior to the 2:00 pm service officiated by Jim Owston and Paul Zutaut. Jack will be laid to rest in the historic Snuffer Cemetery at Lake Stevens, WV. Serving as pallbearers are Danny Kuhn, W. G. Burleson, Adrian Bostic, Walter Patton, Rodney Patton, Dwayne Patton, Dr. Ross Patton and Jason Linville.