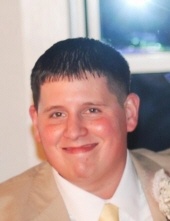 Isaac Nottingham Hess, 40, of Beckley, W.Va., gained his Heavenly wings at 1:21 a.m., Wednesday, Feb. 2, 2022, surrounded by loved ones.
Isaac was born April 17, 1981, in Beckley, W.Va., to Doug Hess and the late Robin Nottingham Hess.
In addition to his mother, Isaac was met in Heaven by his grandparents, Paul and Eula Hess and Freda Nottingham, and father in law, Carl Larson.
Left behind to keep his memory alive are his best friend and wife of nearly 11 years, Kacey, and their 9-year-old daughter, Hadley Robin.
Though Isaac and Kacey were the best of friends in high school, they lost touch until Isaac tracked her down on Facebook and invited her to coffee.
They were married four months later.
It was a year later, with the birth of Hadley, when Isaac fell in love for the final time.
Isaac loved to argue with anyone about anything, but there was no argument when it came to his love for his little girl.
He loved Hadley more than any man could ever love a child.
Though his family was by far the most important part of his life, Isaac was well-known for his unconditional love.
He proved it over-and-over again with his unwavering support of the Cincinnati Reds, that football team in Washington now known as the Commanders, and his beloved West Virginia Mountaineers.
He was a diehard, no matter how bad the season.
Isaac loved to work with his hands and could fix anything. He was good at everything he tried.
He was too determined to ever fail.
Known at Woodrow Wilson High School as “Isaac Newton,” he was almost always the smartest person in the room, a fact of which he was aware. He was arrogant, though not in a bad way.
Isaac worked as an electrician and ran the electrical department at Phillips Global.
And though he excelled at his job, he dreamed big and, at 38, went back to college for an electrical engineering degree.
The full-time student, full-time employee and full-time family man made straight As and was named to the Bluefield State College President’s List every semester.
He would have graduated in 2023 but cancer had other plans.
Isaac was sick for almost a full year before he was diagnosed with lung cancer in August 2021.
The prognosis was grim but, true to form, there was no doubt in his mind he could beat the odds.
The next six months were full of highs and lows, but Isaac, Kacey and Hadley were never alone.
Keeping all who loved and cared for their family individually updated would never have been possible, so Kacey created “The Isaac Report,” a Facebook group that quickly grew to include more than 1,000 followers.
Friends and family didn’t just follow along either, they pitched in, starting a GoFundMe page, hosting fundraisers, forming a Meal Train, mowing Kacey and Isaac’s lawn and even purchasing tickets to Game 6 of the World Series so Isaac and his dad could enjoy a piece of history while in Houston for a hospital visit.
More than the monetary donations and food — though they were greatly appreciated — the most important gifts the family received were love and prayers.
In addition to Kacey and Hadley, those left to keep Isaac’s memory alive are his father, Doug Hess and second mother, Candy Hess, of Seneca, S.C.; sisters Alisa Hess, of Beckley, W.Va., Devin Phillips of Horse Creek, W.Va., and Dana Phillips-Reynaga, of Seneca, S.C.,; brother, Jarred Phillips (Sarah), of Beeson, W.Va.; mother-in-law, Jeanne Larson, of Maple Fork, W.Va., and father-in law, Dewitt McKinney, of Beckley, W.Va., sister in law, Mallory McKinney, of Beckley, W.Va., seven nieces, six nephews and numerous other family members.
Though it would be impossible to thank every friend and loved one that helped along the way, it would also be impossible not to mention a few who went above and beyond.
Joey Severino, Ryan and Sarah Tussey, Tommy Dove, Terry Hylton, Jennifer Jones, Amy Osgood, Amanda Fagio, Jennilee Johnson, Callie Woods, Ashley Summers, Sandy Clay, Michelle James, Charity Baptist Church in Mt. Nebo, Maple Fork Baptist Church, Cranberry Community Church, and Roger Baughan and the rest of Isaac’s work family at Phillips Global all expressed kindness and support that will never be forgotten.
Isaac did not beat cancer in the end, but he did not lose either.
His optimism, contagious smile and endless love never faltered.
In time, his rosy cheeks and cornbread country accent will again be seen and heard by those he left behind.
Family and friends are invited to gather Tuesday, Feb. 8 from 6 p.m. to 9 p.m., at Cranberry Baptist Church, in Beckley, W.Va., for visitation.
Funeral services will take place at the church Wednesday, Feb. 9 at 11 a.m., with Pastors Roger Pauley and Tommy Dove, one of Isaac’s lifelong friends, officiating.
Those who wish to gather are asked to exercise discretion if they are experiencing Covid symptoms or have been exposed to someone who has tested positive.
Arrangements by Calfee Funeral Home.
To order memorial trees or send flowers to the family in memory of Isaac Nottingham Hess, please visit our flower store.