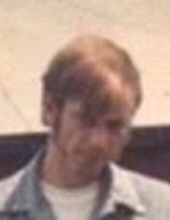 Herman Lee “Butch” Blevins 71, of Sophia, died Saturday, March 26, 2022, at Raleigh General Hospital with his nieces by his side.

Special thanks to his great niece, Jessica Mann and the CCSD unit at Raleigh General Hospital and Ashley Fleenor at carl Larson Cancer Center. You all were amazing for the care you gave to Jessie’s uncle.

There will be no services.

To order memorial trees or send flowers to the family in memory of Herman Lee "Butch" Blevins, please visit our flower store.