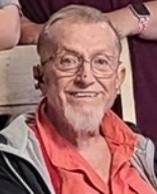 Herman, also known as Buddy was on born on January 21, 1945, in Daniels, WV. Buddy was the son of the late Herman and O’Dell Harvey III.  In addition to his parents, he was preceded in death by his sister, Phyllis Harvey Conner and his son Mitchell Harvey.

Buddy was a caring and loving husband, father, grandfather and friend. Buddy loved spending time with his family. He was a hard worker, loved the outdoors and was always helping others.

Buddy had a zest for life and his favorite hobbies and activities included camping, photography, studying history, space and working in his garden and yard.

Buddy was a world traveler but especially loved Chincoteague Island and Virginia Beach. He also took special pride in his jeep.

The family would like to give special thanks to extended family, Donna Mullins, Lou Parsons and Audrey Lucas.

As per Buddy’s request, there will not be a service, but a Memorial Service will be scheduled at a later date.

To order memorial trees or send flowers to the family in memory of Herman H. Harvey, IV, please visit our flower store.