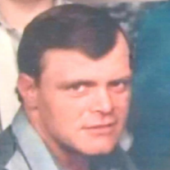 Herman Alfred Jackson, 56 of Mt. Hope, passed away Thursday, February 22, 2018 at Bowers Hospice House. Born September 5, 1961 in Baltimore, MD he was the son of Ruby Carol Jackson and the late Herman Jackson. Besides his father he was preceded in death by his brother, Robert Lee Jackson.

Herman was a truck driver and enjoyed computers and video games in his free time.