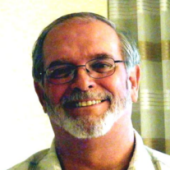 Gregory Lee Plummer, 63, of Cool Ridge, was called home to be with the Lord on November 8, 2016 following a short illness. Born September 13, 1953 in Beckley he was the son of Franklin Lee Plummer and the late Joy Emogene Shivley Plummer.

After graduating from Shady Spring High School in 1971 Greg began his career in the truck parts business. He was co-general manager at Cole truck Parts in Beckley before retiring after 45 years of hard work. Greg was a huge WVU football and basketball fan and an outdoorsman who enjoyed hunting and was an avid fly fisherman. He and his wife Diane loved going to Pocahontas County where they fly fished mountain streams and traveled the forested back roads. Greg was a very devoted family man and treasured the times he would spend with his seven grandchildren. He had been taking care of his father during his illness and was a shining example to his family who taught them how a man can be both strong and gentle.

Besides his mother Greg was preceded in death by his grandparents, “Poppy” Rupert and Rebecca Shivley and Robert Melton, Sr. and Margaret Taylor Plummer.

Funeral services will be 1:00 pm, Monday, November 14, 2016 at Calfee Funeral Home with Pastor Ernie (Junior) Moye officiating. Burial will follow in Blue Ridge Memorial Gardens. Friends may call on the family Sunday, November 13 from 6-8:00 pm and one hour prior to the service Monday at the funeral home.