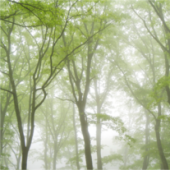 Geraldine Marie Sibray, 82, of Beckley, W.Va., was taken to Heaven on Thursday, Feb. 23, 2017.
Born August 5, 1934, in Uniontown, Pa., she was the daughter of the late Thomas Ledvar and Sophia Irene (Farris) Staun. In 1958 she married James Lee Sibray, of Pittsburgh, Pa., and soon thereafter moved to Beckley.
Mrs. Sibray was a lifelong community leader, a former president of the Women's Club of Beckley, and a music and religious-education instructor at St. Francis de Sales School for more than 30 years. She dedicated her life not only to her own children but to the children of the community in which she helped nurture faith and song.
In 1997 she was awarded the Bishop's Cross by the Most Reverend Bernard W. Schmitt for her years of dedication to excellence in religious education in West Virginia.
Survivors include her husband, James; a son, David Sibray, of Charleston; and daughters Jamie Boothe, and her husband, Tim, of Beaver; Donna Sibray, of Morgantown; and Carolyn Poston and her husband, Edward, of Cross Lanes. Her grandchildren included Nicholas Boothe and his wife, Lindsey; Ashley Barker and her husband, Zach; Eric Boothe, Dylan Poston, and James Donovan Sibray, and great-grandchildren Millie Boothe and Reagan Barker and many nephews, nieces and cousins.
She is also survived by a brother, Richard Staun, and his wife, Judy, of Charleston, and a sister, Donna Jean Hawkins, and her husband, Ronnie, of Belle Vernon, Pa., and by sisters-in-law Florence Blankenship, of Williamsburg, Va., and Dorothy Diana Zotcavage and her husband, John, of Dover, Del., and by many nephews and nieces.
The family will receive friends from 10 a.m. Monday, February 27, 2017, at St. Francis de Sales Parish, 622 S. Oakwood Ave., Beckley, to be followed a Funeral Liturgy at 11 a.m. with the Very Reverend Paul Wharton, V.F. officiating.