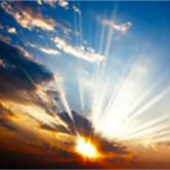 George Randolph “Randy” Long, 73, of Austin, TX, formerly of Beckley, passed away Thursday, October 13, 2016.
Born January 1, 1943 in Beckley he was the son of the late Robert Leslie and Frances Keith Young Long.
Randy was a graduate of Woodrow Wilson High School and Marshall University. He was a retired computer programmer for the Department of Veterans Affairs.
In addition to his parents he was preceded in death by his wife, Trisha Ball Long in 2005; son, Craig Long in 2002 and a brother, Robert (Robbie) Long, Jr. in 1996 and step-mother, Dorothy Mae Long in 2006.
Randy is survived by his daughter, Leslie Sue Long of Austin, TX; brother, Scott Long and wife Karla of Beckley; sisters, Sibbie Long of Beckley and Patricia Dobbins of San Antonio, TX; several nieces and nephews and many friends.
A memorial service will be held at a later date in his home town of Austin.
On line condolences may be left at www.calfeefh.com.
Arrangements by Calfee Funeral Home, Beckley.
To order memorial trees or send flowers to the family in memory of George Randolph Randy Long, please visit our flower store.