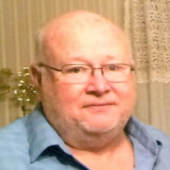 French O. “Buddy” Aurentz, 67, of Beckley, died January 3, 2016.
Born February 7, 1948 at Whipple, WV, he was the son of the late James V. and Nancy M. Aurentz.
He is survived by his wife of 45+ years, Patricia Aurentz; sons, James and Eric; daughter, Marlena Thornberry and her husband Chad; brother, Forrest “Brother” Aurentz and his wife Janet.
French graduated from Woodrow Wilson High School in 1967. He spent his career as a master cabinet maker beginning his career early building cabinets for new schools in Raleigh County while still attending high school. There was nothing he couldn’t do with wood. He served in the United States Air Force. His hobby was collecting antique Ford automobiles. He loved riding his 1927 Model T and did numerous tours throughout the country in it.
Funeral services will be 1 p.m. Wednesday, January 6, 2016 in the Calfee Funeral Home Chapel with Brother Julian Grubb officiating. Burial will follow in Oak Grove Cemetery. Friends may visit with the family from 11:00 a.m. until service time on Wednesday.
Pallbearers will be Michael Fox, Cecil Allen, Chris Davis, Anthony Gwinn, Eddie Schoolcraft, Mark Rose.
The family suggest that memorial contributions be made to the American Heart Association, PO Box 15120 Chicago, IL 60693 or to the American Diabetes Association, P.O. Box 11454,
Alexandria, VA