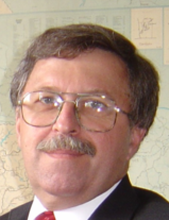 Fred was born 9/25/1948 in Morgantown, WV to Richard Harding Mason, a WW II veteran and WVU student from Elm Grove, WV and Pauline Susa Mason, a registered nurse from Fairchance, PA. Following his father’s graduation from the School of Journalism, the family moved to Beckley where Richard was employed by Beckley Newspapers Corporation as an editor and news writer. He was later employed by Long-Airdox Corporation and self-employed in advertising and public relations. Pauline divided her time between being a homemaker/mother and her nursing profession. The family lived continuously in Beckley until Richard’s death in 1988 and Pauline’s move to assisted living in 2012.

Fred attended Lincoln Elementary and St. Francis de Sales schools before graduating from Woodrow Wilson High School in 1966. He was a 1970 graduate of the West Virginia University School of Journalism also earning an Army commission through the ROTC program. Fred served nearly three years on active duty as a tank and armored cavalry officer. He was promoted to the rank of Captain just prior to release from active service. While in military service he met the love of his life, Claudine Blavier Wine who was teaching French in the Fort Knox, KY school system. Fred and Claudine were constant companions throughout life and only were separated by his death. They were parents of two sons, Cade Alexander, a WVU mining engineering graduate and Ronan Joseph, a WVU College of Forestry graduate. Cade and Moira have children Collette and Aubrielle. Ronan and Kristina have children Bayleigh and Gage. Fred is also survived by his sister, Diana Geyer of Winston-Salem, NC.

Fred was a man of many interests and abilities. Professionally, he worked 37 years with Social Security spending over 16 years as an Administration employee and more than 20 years as a self-employed consultant and representative helping his clients win their disability claims and to receive equitable treatment on other issues. Fred was an accomplished carpenter and wood worker who insisted on building his own house and several outbuildings. He had considerable mechanical abilities and would tackle nearly any job. He had a deep interest in many subjects but his passion in life was duplicate bridge. Fred inherited leadership of the Beckley Duplicate Bridge Club in 1988 and was closely involved in its operation until his death. He was an American Contract Bridge League Life Master and a qualified director of nationally sanctioned duplicate games. Fred didn’t make time to play as much as he might have liked but here in Beckley, he organized, officiated and scored over 2000 duplicate games.

Visitation with the family will be on Saturday August 31st, from 10:00 AM to 12:00 PM at Calfee Funeral Home. A memorial service will follow at 12:00 PM with Very Rev. Paul Wharton V.F. officiating. Interment will be private and at a later date.

In lieu of flowers, donations may be made to the Beckley Duplicate Bridge Club, C.O. The Woman’s Club, 202 Park Avenue, Beckley, WV 25801.

Arrangements by Calfee Funeral Home.
To order memorial trees or send flowers to the family in memory of Frederick Richard Mason, please visit our flower store.