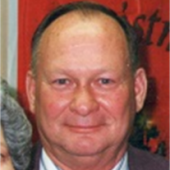 Franklin Lee Plummer passed away into the loving arms of Jesus on Saturday, June 16, 2018, at the age of 85.

Born in Stotesbury, WV, on January 4, 1933, he was a son of the late Robert Melton Plummer, Sr. and Margaret (Taylor) Plummer.

He was the youngest of seven siblings, being preceded in death by brothers Albert, Dwight Victor, Clifton, and Robert Jr., and sisters Ama Webb and Oretha Stout.

He was also preceded in death by his beloved wife of 54 years Joy Emogene (Shivley) Plummer, his son Gregory Plummer, and daughter Patricia Plummer.

Frank loved his family and was a wonderful provider. He worked most of his adult life in the coal mining industry, first as a coal miner for over 20 years, then as a West Virginia State Mine Inspector for another 20 years. He excelled in his work and made his family proud. He was very civic minded, helping out with Christmas decorations at Little Beaver State Park, and was a member of the Beaver Lions Club for 40 years.

He had numerous hobbies, among them hunting, fishing, bird carving and mushrooming. He loved to tell stories and some of his favorites came from his childhood experiences in North Carolina. He had lost his father when he was only six, and at the age of nine when all of his siblings had grown, he and his mother moved to North Carolina to live on his grandmother’s farm for about two years. It wasn’t an easy life, but he learned so much during that time, milking cows, chopping wood, making sauerkraut. When the winter snow came, he made his own sled. In fact, he could make just about anything with just a few scraps of wood and ingenuity. He was quite the character, one time riding a bicycle backwards at the age of 65. How he could make us laugh!

The family wishes to thank the staff at The Raleigh Center in Daniels who have taken excellent care of him for the last year-and-a-half, during his final stages of Alzheimer’s. They were such a blessing to him and us.

Services will be 1:00 p.m. Thursday, June 21, 2018 in the Calfee Funeral Home Chapel with Pastor Ernie Junior Moye officiating. Burial will follow in Blue Ridge Memorial Gardens. Friends may visit with the family from 11:00 a.m. until service time on Thursday at the funeral home.

In lieu of flowers, the family requests donations be made in Frank’s memory to St Jude Children's Research Hospital, 501 St Jude Place, Memphis, TN 38105. Their mission was very close to Frank’s heart.