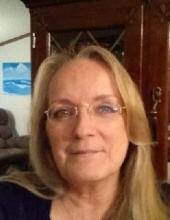 Esther Marie Tate, 69, of Mt. Hope, passed away on Wednesday, November 11, 2020. Born October 12, 1951 in Norfolk, VA she was the daughter of the late Rudolf Arthur and Peggy Lloyd Arthur. Besides her parents Marie is preceded in death by her mother-in-law, Margaret Tate.

Marie worked as a sales associate at JCPenney for over 14 years.