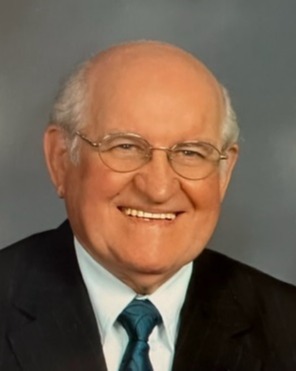 In addition to his parents, Paul was preceded in death by brothers, Vernon, Robert and Ray, uncle Mitch Barley and wife, Celeste, who were like his second parents, mother-in-law, Barbara Canterbury, sisters-in-law, Mitzi Cimino, Connie Pearson, Janice Meredith, Karen Barley and Anna Barley, brothers-in-law, Bob Tyree, Bucky Meredith and Howard Pearson as well as many others he held dear.

A 1953 graduate of Mount Hope High School, he worked in construction in Baltimore before returning home to work for the WV Turnpike.  Paul was drafted into the United States Army in 1957, serving until 1960, mostly in Germany.  He was the owner of Barley’s PURE Station and Bradley Auto Sales and served as a Raleigh County Deputy Sheriff before working for the Raleigh County Health Department for nine years.  He retired after 25 years as the Superintendent of the Raleigh County Landfill, later serving on the Board of Directors for the Raleigh County Solid Waste Authority for 20 years. The E. Paul Barley Recycling Center was dedicated in his name in 2004.

A three-time cancer survivor, he was also known to have survived numerous auto accidents … accidents which lead to stories he loved to tell.  He had a love for building hot rods, custom cars and dirt track racing.  Known as the Bad Seed, he is a member of the Beckley Motor Speedway Hall of Fame.

He was a faithful member of the Maple Fork Baptist Church, where he served as Choir Leader and sang regularly on the Good News Hour, a ministry his father began.  Paul loved spending time with his family, camping and staying at the family farm.

Services will be 12:00 p.m. Friday, December 9, 2022 at Maple Fork Baptist Church with pastor Jim Bowyer officiating. Burial will follow in Pax Community cemetery. Friends may visit with the family on Thursday from 6-8 p.m. at the church.

In addition to flowers, donations may be made to Bowers Hospice House, 454 Cranberry Dr., Beckley, WV  25801

To order memorial trees or send flowers to the family in memory of Ernest Paul Barley, please visit our flower store.