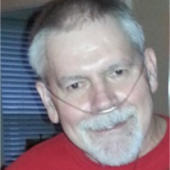 Emil Troy Bailey Sr. took his wit, humor, and charm to add to the laughter and joy in Heaven on the morning of October 19, 2018 after battling a long illness. Emil was born July 22, 1949 in Richwood, the second son of Archie Emil Bailey and Catherine Louise Brown. He is preceded in death by his parents, older brother, Archie Clyde, younger sister Hilda Irene, and his beloved grandfather, Milroy Fremont Brown.
Emil Bailey was a hard worker, starting work at the age of 14 at a gas station. He eventually traveled to the Washington D.C. area where he worked in construction and graduated from T.C. Williams High School in Alexandria, Virginia in June 1969. Later that year, he proudly volunteered to serve his country in the United States Army in Vietnam, where he served until February, 1972.
Upon returning to the states, Emil worked in insurance, was a DJ on WWNR as “Bill Bailey”, and eventually got into auto sales, where he loved interacting with clients and coworkers alike. He always said each day brought someone and something new and you never knew what to expect. He worked many years at Lewis Chevrolet and eventually became the finance and insurance manager at L&S Toyota, where he worked until being diagnosed with cancer in the mid-1990s. Emil fought cancer and beat the odds.
Emil is survived by his wife and partner of more than thirty years, Sue Osborne-Bailey, his sister Brenda Summers, his sons Emil Troy Bailey, Jr. and Jeremy David Bailey from his previous marriage to Susan Matheny, his step-daughter Shannon Brett and step-son Chris Osborne from Sue’s previous marriage to Harold Osborne, his grandsons Idir Emil Thomas Bailey, Andrew Brett, and Ryan Brett, granddaughters Kaitlyn and Alexis Osborne, daughter-in-law Assia Aksouh-Bailey, son-in-law Sean Brett, daughter-in-law Erica Osborne, and his many, many friends.
A memorial service will be held at Calfee Funeral Home in Beckley on Wednesday, October 24, 2018 at 2:00 p.m. Friends may visit with the family one hour prior to the service. In lieu of flowers, donations can be made to the Disabled American Veterans (DAV).
We weren’t ready to say good-bye but know you needed to go. We love you, we miss you, and we will see you again.