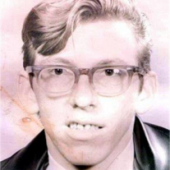 Elmer A. Adkins, 64, of Princewick went home to be with the Lord February 20, 2017. He was born August 16, 1952 in Beckley to the late Elmer L. and Opal Marlene Farley Adkins of Princewick.
Elmer owned Adkins Body Shop for many years. He had hands of magic and a talent like no other. He worked at Coca Cola bottling plant and owned and operated Elmer’s Signs. He served as a Sgt. with the U.S. Army 8th Infantry Division in Mintz, Germany.
Those left to cherish his memory include his beloved wife, Carol; one daughter, Melinda Adkins Dalton, Daddy’s Girl, husband Steve and Paw Paw’s pride and joy, Ashley Dalton of Princewick; brothers, Eldon L. Adkins and wife Pat of Pilot Mountain, NC, Eldridge W. Adkins and wife Terrie of Elleton, KY, Edsel R. Adkins and wife Gloria of Princewick; sister-in-law, Frances Carpenter of Coal City, WV, many nephews and nieces and forever friends, Karl Warden, Frank McAlpine, Dave Akers, Steve Cook, Dusty Keen, Charlie Sprouse, Jerry Piercy and many others.
Services will be 2:00 p.m. Monday, February 27, 2017 in Sunset Mausoleum B with Pastor Lowell Black officiating. Friends may visit with the family one hour prior to services.
The family suggests memorial contributions be made to the American Heart Association, PO Box 15120 Chicago, IL 60693.

Arrangements by Calfee Funeral Home, Beckley
To order memorial trees or send flowers to the family in memory of Elmer A. Adkins, please visit our flower store.