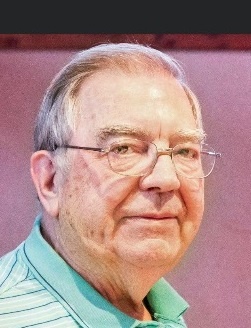 Donnie Lee Daniel, a lifelong resident of Beckley, WV died peacefully in Hurricane, WV on June 9, 2022 with his granddaughter lovingly near his side. He was 82 years old.

He graduated from Woodrow Wilson High School and then proudly served his country in the United States Army, primarily stationed in Fairbanks, Alaska.

Donnie attended Beckley College where he excelled in bookkeeping and accounting. He and his wife Betty Lee Daniel were the previous owners of Anchor Sales Co. in Beckley, WV. Donnie served as the Vice President for Central States and Industries for many years until he retired.

By Donnie’s request, there will be no visitation or formal services. There will be a celebration of Donnie’s life and love at his favorite place, his camp on the Greenbrier River at a later date.

The family would like to thank Celebration Villa of Hurricane, WV and Kanawha Hospice Care for their love and care during this time.

Donnie loved fiercely and lived a life filled with laughter and fun. He had a gift for entertaining and his loyalty was beyond measure. He was a true blessing to every life he touched; he will be missed tremendously.

“It’s just a bend in the river… always go with the flow.” – Cindy Smith

To order memorial trees or send flowers to the family in memory of Donnie Lee Daniel, please visit our flower store.