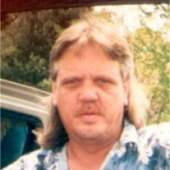 Donald Robert Berry, 61, of Beckley, passed away on Sunday, December 6, 2015. Born September 2, 1954 in Gallipolis, OH, he was the son of Frances Dee Jackson Berry and the late Charles Bryson Berry.

Donald was a truck inspector for CSX and a U.S. Navy veteran.

A service to honor the life of Donald will be held at 7:00 p.m. on Friday, December 11, 2015 in the Calfee Funeral Home Chapel with Pastor Larry Beckett officiating. Friends may visit with the family from 5:00 p.m. until service time on Friday.