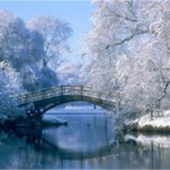 Donald Earl McMillion, 63, of Arnett, passed away Saturday, January 13, 2018. Born June 9, 1954 in Sundial, WV he was the son of the late Doss and Lou Emma Acord McMillion.
Donald was a hard rock miner for Cowin & Company.
In addition to his parents he was preceded in death by his wife, Bonnie.
He is survived by sons, Ronnie, Doug, Tony and John McMillion; daughter, Sarah Webb; 14 grandchildren and 5 great-grandchildren.
A private family service will be held at a later date.
Arrangements by Calfee Funeral Home, Beckley.
To order memorial trees or send flowers to the family in memory of Donald Earl McMillion, please visit our flower store.