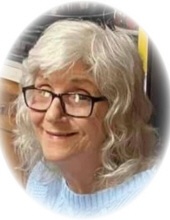 Dixie Lee Thomas Stegel, 80 of Beckley, WV went home to be with the Lord Thursday December 2, 2021 following a short illness. Born October 6, 1941 in Oak Hill, WV, she was the daughter of the late John Alexander Thomas and Helen Francis Higgenbothan Thomas.

Dixie was a strong and compassionate woman, who always put others before herself. She enjoyed flea marketing with her husband as well as sitting on their porch watching God's creatures. She was a loving and devoted wife, mother, grandmother, and great grandmother, as well as friend. She cherished spending time with her family and always watching over them. She will forever be remembered in the hearts of those she touched.

Funeral Services will be at 1pm Tuesday December 7, 2021 at Calfee Funeral Home Chapel with Pastor John Jordan officiating. Daniel Jackson, John Nester, Michael Makowsky, CJ Plumley, Izak Workman, and Adan Workman will serve as Pallbearers. Friends may visit from 12pm until the time of the service on Tuesday.