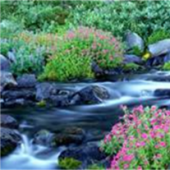 Dennie Arlando Klucarich, 68, of Lester passed away Saturday, June 3, 2017. Born August 30, 1948 in Eccles, Wv, he was the son of the late Frank Klucarich and Odie Stoots Adams.
Dennie was a former coal miner and mechanic. He loved working on cars and helping his friends. He was a U.S. Navy veteran.
In addition to his parents he was preceded in death by sisters, Rosie, Shirley and brother, Harry.
He is survived by his wife, Melissa Faye Daniel Klucarich; son, Matthew Franklin Klucarich of Lester; daughter, Jennifer Burrell (Allen) of Beckley; grandchildren, Noah, Elisabeth-Grace and Elisha-James; sisters, Anna, Darlene, Alma, Barbara and special friend, Rodger Pierce.
Friends may visit with the family from 5-7 pm Wednesday, June 7, 2017 at Calfee Funeral Home, Beckley.