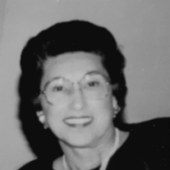 Dedee Bailey O’Neal Bliss, 90, of 347 Sunset Dr., Beckley, WV died at 5:30 p.m., Friday, Sept. 21, at the Bowers Hospice House after complications from a broken hip.
She was born Jan 25, 1928 at Maple Meadow, Raleigh County, WV. She was the daughter of the late Thomas H. and Vada Pendry Bailey. She was of the Christian faith.
Dedee graduated from Trap Hill High School in 1944 and from the Raleigh General Hospital, School of Nursing in 1947. She retired after 40 years of nursing.
Dedee was proceeded in death by her husband, Dr. A. Allen Bliss, three sisters, Wanda Bailey, Lona Faye Bunch, Wava Dinsmore, and two brothers, William and Fredrick Bailey.
She is survived by one son Reginald O’Neal (Sally) of Beckley, one step-daughter Candice Bliss Chapman of Kalamazoo, MI, one grandson Scott O’Neal of Pittsburgh, PA, three step-grandsons Cody and Jeremy Chapman of MI and Kevin Maupin (Jill) of Florida and many nieces and nephews.
As she requested, there will be no visitation or services and cremation will follow at Calfee Funeral Home.
The family wishes to thank her many friends and relatives who showed concern and helped her along with the staff at The Bowers Hospice House of Southern WV
Any donations of sympathy may be made to the A. Allen Bliss Memorial Fund at the Beckley Area Foundation or the charity of your choice.
To order memorial trees or send flowers to the family in memory of Dedee Bailey O'Neal Bliss, please visit our flower store.