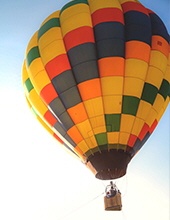 Deborah Jean Meadows,66, of Daniels, passed away September 13, 2020 due to complications of Covid-19 and pneumonia.
She was born in Beckley on February 1, 1954 to Delbert and Mary Lucas Meadows, who preceded her in death. She was also preceded in death by a sister, Mary Louise Wilson (Philip) and brother, Danny Meadows.
Debi is survived by her brother, Bill Meadows (Michele); nephews, Marshall and Stewart (Kim); nieces, Sable and Ashley and grand nieces, Everly and Cambry. Debi is also survived by sisters-in-law Diane Meadows of Ft. Wayne, IN and Mary Carter of Indianapolis, IN.
Private graveside rites will be held at Sunset Memorial Park.
Arrangements by Calfee Funeral Home
To order memorial trees or send flowers to the family in memory of Deborah Jean Meadows, please visit our flower store.