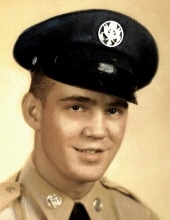 We are all a sum of the parts others assign to us: a memory, a conversation, an experience. Compile these and you have a life well-lived and long-remembered.

I remember what Dean’s mother, Ragna, with her characteristic sense of humor and positive outlook, said to me on my wedding day in 1980: “I hope you aren’t taking any of those pills that stop you from having babies,” she said, then added with a smile and a wink: “I could count on a new crop of potatoes and a new baby every year.“

By the time Dean arrived in Ragna and Harry’s family, in 1931, the house was already bubbling with, five boys and one girl, Dean would be number 7 and the years crop of potatoes would provide a lot of lefse.

One more sister and another brother would follow bringIng the family to a total of 9 children. All of the boys served in the military. Brother Blaine would be lost to the ravages of war in February 1945 on Iwo Jima. Harry and Ragna sadly, would become Gold Star parents.

Dean lived in Rockland Wisconsin attended elementary school in Rockland and graduated from Sparta High School in 1949.
Attended college for a short time in La Crosse, WI before joining the Air Force on March 26, 1951. Honorable discharge on July 13, 1955.

While stationed at Smyrna (now Stewart ) Air Force Base in Nashville, Tennessee, Dean met Mary Sue Burklin.
Always the prankster, Dean proposed, presenting his intended fiancé with a Cracker Jack box. For those of you that do not know, Cracker Jack’s came with a secret prize in the box. In this case the secret prize was a ring made of an inexpensive metal with a fake diamond. Eventually Mary Sue received a real engagement ring and they were married on June 12, 1953.
Dean’s next deployment took him to Ladd Air Force base in Fairbanks Alaska, a state he would grow to love as much as he loved Wisconsin. After discharge the young couple went home to Wisconsin, eventually settling in Verona and later moving to Baraboo.

Dean worked odd jobs after leaving the Air Force until he found a job in sign painting working for Grant Sign company in Madison Wisconsin. Eventually Dean would go on to have his own company, Creative Outdoor Advertising in Baraboo, Wisconsin.

Upon retirement Dean and Sue moved to the woods of Ojibwa, Wisconsin. However, not yet fully retired, they opted to take a summer job operating the Bettles Lodge in Bettles, Alaska. They enjoyed that job for six summers. Dean also spent two more summers on the north slope of Alaska as chef for a moose hunting camp.
In the meantime, Dean and Sue, along with daughter Karen and husband Charles, bought the old Chippewa Inn in Ojibwa, remodeled it and re-opened as the Chippewa River Inn Bed and Breakfast in 1990, eventually selling the business in 2001.

Dean and Sue moved from Ojibwa to Beckley, West Virginia in 2013, to be near the youngest daughter Dena Cushman and her family.

We would like to thank all of the caregivers we have had for Dean these past three years.
Dean lost his battle with Parkinson’s and died peacefully at White Sulphur Springs Center.

And numerous nieces and nephews.

Memorial Contributions can be made to:
The Michael J Fox Foundation for Parkinson’s Research
https://www.michaeljfox.org/

Or, a Gold Star Family

Funeral services will be 12:00 p.m. Monday, December 7, 2020 in the Calfee Funeral Home Chapel with Pastor Susan Claytor officiating. Burial with military honors will follow in the Donel C. Kinnard Memorial State Veterans Cemetery in Dunbar. Friends may visit with the family one hour prior to the service.

Arrangements by Calfee Funeral Home.
To order memorial trees or send flowers to the family in memory of Dean Harry Hesselberg, please visit our flower store.