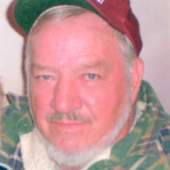 Darrell served his country in the United States Air Force. He then went on to work as a welder in the Virginia Shipyards, thereafter went on to retire from a career as a diesel mechanic at Maple Meadow Mines in Glen Daniels, WV.

Darrell was an avid hunter and fisherman, as well as a talented painter. He cherished spending time with his family and flea marketing with his wife Dixie. He was a man of multiple skills, whom prided himself on hard work and the ability to provide for his family. Darrell was a strong, compassionate man whom always thought of others before himself. He never met a stranger for everyone he met was a friend. He will forever be remembered in the hearts of those he touched.