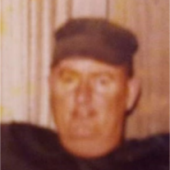 Curtis Sears, 83, of Crab Orchard, passed away on Monday, December 17, 2018 at his home with his loving wife of 52 years on this day, Jean Sears by his side.
Born March 12, 1935, he was the son of the late Otto and Pearl Sears of MacArthur.
Curtis retired from the Department of Highways after 22 years of service. His life was spent being there for his family, grandchildren and great-grandchildren.
He was preceded in death by his son, Curtis Sears, Jr. in 2017; sons-in-law, Dale Lively and Jim Richmond; sisters, Lottie Duncan and Mary Woody
Left to cherish his memory are two daughters, Sherry Lively and Bill McDowell of MacArthur and Tina Richmond of Crab Orchard; seven grandchildren, Tiffany and Nikki Lively of MacArthur, Vicki and Craig Manning of NC, Cody and Bobby Sears of Crab Orchard, Christopher McDowell of MacArthur, Jayden Sears of NC; five great-grandchildren, Maddox and Zander Manning, Alora Starr Lively, Braxton Sears and Lilah Sears; sister, Madeline Wright of Mabscott and special niece, Bonnie Sue Rakes of Pax and special brother-in-law, Billy Stump.
Services will be 1:30 p.m. Thursday, December 20, 2018 in the Calfee Funeral Home Chapel with Pastor Billy Waddell, Jr. officiating. Burial will follow in Blue Ridge Memorial Gardens. Friends may gather with the family from 11:30 a.m. until service time on Thursday at the funeral home.
Pallbearers will be Cody and Bobby Sears, Christopher McDowell, Craig Manning, Billy Stump, Joseph Bonds, Randy Duncan.

Arrangements by Calfee Funeral Home, Beckley.
To order memorial trees or send flowers to the family in memory of Curtis Sears, please visit our flower store.