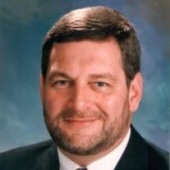 Curtis Edward McCall, 58, of Ghent, passed away Thursday, July 16, 2015. Born December 6, 1956 in Rainelle, WV, he was the son of Phyllis Carol McCall and the late Edward Lee McCall. Besides his father, Curtis was preceded in death by his grandparents, Frank and Irene McCall and Roy and Margaret Rice.

Growing up in Rainelle, Curtis was a member of the Rainelle United Methodist Church. He graduated from Greenbrier West H.S. in 1974 and received his B.S. from Concord College in 1978. Curtis was very involved with the community having served on the Board of Directors for First State Bank and Trust, City National Bank, the Raleigh County Chamber of Commerce, Concord University Foundation, Raleigh County YMCA and the Crossroads Merchants Association. Before starting and becoming President and CEO of Marquee Cinemas he was the owner of Video Express and Water Worx, Inc. After focusing his full attention on the cinemas he became a board member and later president of the National Association of Theatre Owners, chairman of the Mid-States Theater Owners Association and President of Shady Spring Youth Football League

Funeral services will be 8PM Monday, July 20, 2015 at Crab Orchard Baptist Church with Pastor Mike Sisson officiating. Friends may visit the family from 5 to 8PM on Monday at the church. The family will hold a private committal service.

Flowers are appreciated but memorial contributions can be mailed to the Curtis McCall Memorial Youth Sports Fund, City National Bank, One Park Ave., Beckley, WV 25801 or can be dropped off at any local City National Bank branch.