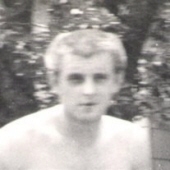 Chester Lynn Worrell, 68 of Daniels, passed away on Sunday, June 29, 2014. Born September 5, 1945 in Beckley he was the son of the late Aaron and Madeline B. Smith Worrell.
Chester was a self employed contractor working at his company, Public Electric Enterprises. He enjoyed detailing cars, building things, running heavy equipment and flying his helicopter.
Besides his parents Chester was preceded in death by his brother, Franklin Ernest Worrell.
Chester is survived by his wife of 45 years, Donna Mae Worrell; daughters, Kimberly Lynn Kramer and her husband Rob of Pinehurst, NC and Rebecca Lynn Williams and her husband Treeker of Maryland; a son, Chester Lynn Worrell, II of Beaver; sister Pauline Bell; grandchildren Joey, Tony and John Paul Hanson, Calvin Worrell and River Williams along with many other family members.
Funeral services will be at 2PM on Wednesday, July2, 2014 at the Calfee Funeral Home Chapel with Kenneth Thompson officiating. Burial will follow at Calfee Cemetery in Mt. Tabor. Friends may visit with the family from 1PM until time of service on Wednesday.
Memorial contributions may be made to Hospice of Southern West Virginia, P.O. Box 1472, Beckley, WV 25802-1472.
Arrangements by Calfee Funeral Home, Beckley.
To order memorial trees or send flowers to the family in memory of Chester Lynn Worrell, please visit our flower store.