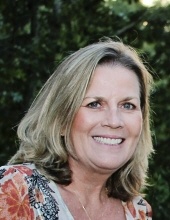 Cheryl Lynn Fairchild, 62, of Beckley, received her wings on November 21, 2021 at home surrounded by family and friends following a courageous battle with cancer.
Born July 24, 1959, in Beckley, WV, she was the daughter of Drema Norris Donaghue of Beckley and the late Robert Meador, who passed away in December, 2020.
Cheryl was a Christian and her love for the Lord began at a young age while attending the Assembly of God in Beckley. She also served as president of the local chapter of Flame Fellowship women’s ministry. One of her most rewarding journeys was traveling on a missionary trip to the Philippines to help spread the word of Jesus.
Cheryl was a loving Wife, Mother, and Grammy (her proudest role). She devoted her life to caring for her family, friends, and home. She did this not out of obligation, but because of who she was. She was always there to help and be a central figure in the lives of those she was closest to.
Besides her father, Cheryl was preceded in death by her sister, Judith Richards, stepfather Michael Donaghue, and father-in-law Jack R. Fairchild.
In addition to her mother, Cheryl is survived by her sweetheart since junior high and husband of 42 years, Jack D. Fairchild, two sons, Jeremy Fairchild of Ghent, and Justin Fairchild and wife Amy of Daniels; four grandchildren who were the light of her life, Ella, Jack, Jayden, and Eden. She is also survived by her brother Doug Meador and wife Crystal of Shady Spring, mother-in-law Myrleen Fairchild of Ghent, special niece Stacie Wilson of Lake Park, GA, and many other wonderful nieces, nephews, aunts, uncles, cousins, and dear friends. The family would also like to recognize close friends Diana Janney and Debby Vira for their love, loyalty, and friendship to Cheryl.
The family would like to show gratitude to the medical team overseeing Cheryl’s treatment, Dr. Ugur Sener (WVU Cancer Center/Mayo Clinic), Dr. Grace Ho (Georgetown University), Dr. Stephen Liu (Georgetown University), Dr. David Schiff (UVA Health), and Candiace Adkins (Labcorp). Additionally, we want to thank the team at Hospice of Southern WV for their care to help keep her comfortable.
A service to honor Cheryl’s life will be held at the Calvary Assembly of God in Beckley on Saturday, November 27 at 11:30 am with Herb Wheeler officiating. Entombment will follow at Sunset Memorial Park. Visitation will take place one hour prior to the service.
Friends and Family members will serve as pallbearers.
Donations of sympathy may be made to Hospice of Southern West Virginia, PO Box 1472, Beckley WV 25802 or the WVU Foundation Norma Mae Huggins Cancer Research Fund, PO Box 9300, Morgantown WV 26505.
Arrangements by Calfee Funeral Home.
To order memorial trees or send flowers to the family in memory of Cheryl Lynn Fairchild, please visit our flower store.