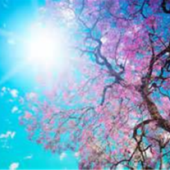 Charlotte Belle Ohler, 86, of Beaver passed away Tuesday, March 13, 2018.
Born December 18, 1931 in Slab Fork, WV, she was the daughter of the late Foley Spencer Cochran and Dorcas Henrietta Collins Cochran Riffe.
Charlotte was a devoted wife and mother and loved spending time with her family. She was a 1948 graduate of Trap Hill High School.
In addition to her parents she was preceded in death by her husband, Herman Ohler.
Charlotte is survived by her daughter, Karla Lynn Bobinski of Fayetteville, WV; son, Russell Herman Ohler of Beaver, WV; three grandchildren; three great grandchildren; brothers, Arie Mark and Sandy Bruce Cochran; sisters, Sally Louella Reid, Janet Brewer.
Following Charlotte’s wishes there will be no service or visitation.
In lieu of flowers the family requests donations be made to American Heart Association. PO Box 417005 Boston, MA 02241-7005.