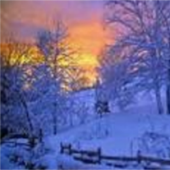 Charles Oscar Saul DDS passed away on Saturday, February 16, 2019 at Harper Mills at the age of ninety two. He was raised in Hinton WV by his parents Arch and Gladys Quesenberry Saul. He was a graduate of Hinton High School Class of 1944 and later attended Concord College where he played in the dance band The Commanders. Following his graduation from The University of Maryland School of Dentistry he entered the US Navy and was stationed with a Marine Corps field hospital during the Korean Conflict. He had a dental practice in Beckley WV for over forty years. He was a founding member of St Luke Lutheran Church. He was involved in various fraternal organizations including the Masons, Shriners, Knights Templars, Moose Club, and Elks Lodge. He was preceded in death by his wife of sixty three years, Norma Jean Ellis Saul, his daughter Sarah Anne Dye and his brother George A Saul. He is survived by two sons, Charles A. Saul and George A. Saul: four grandchildren and four great grandchildren. A private entombment will be held at a future date.
The family suggests memorial contributions be made to an animal rescue organization.