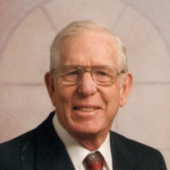 In addition to his parents, Charles was preceded in death by his brothers, James and Robert Hudson and sister, Lillian Hudson White.

Mr. Hudson was a graduate of Woodrow Wilson H.S. and attended Beckley College before joining the Navy to serve his country in the final months of WWII. Charles was a self made man with many talents. He was a Construction Administrator and Associate for Zando, Martin and Milstead Architects and Engineers for 24 years. Charles was a Pastor with the Raleigh, Fayette and Hopewell Baptist Association of the West Virginia Baptist Convention and American Baptist Churches and Chaplain for Raleigh General Hospital. He was an Executive Board member of Parchment Valley Conference Center. Along with his ministries he began a Christmas Tree Farm in Piney View and became a member of the West Virginia Christmas Tree Growers Association.

Charles will forever be remembered in the hearts of those who’s lives he touched.

Funeral services will be 12:00 p.m., Tuesday, October 11, 2016 at Calfee Funeral Home with Rev. Dr. Allan Copenhaver and Rev. Frank Miller officiating. Burial will follow at Calfee Cemetery. Friends may call on the family Monday, October 10, 2016 from 5:00 - 8:00 p.m. at the funeral home and one hour prior to the service Tuesday.

The American Baptist Men of West Virginia will serve as pallbearers.

Flowers are greatly appreciated or memorial contributions can be made to the Parchment Valley Conference Center (where lives are changed), 1715 Lower Parchment Valley Rd., Ripley, WV 25271.