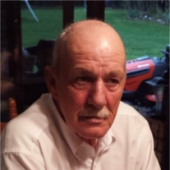 Buford Earl Davis, Jr., 72, of Daniels, passed away Sunday, May 26, 2019.
ting a courageous battle against COPD, he passed peacefully at home, surrounded by his loving family. He was married to the love of his life and best friend for the past 24 years, Pamela Jean, who survives. He was preceded in death by his mother, Frances Martin, father, Buford Davis, Sr. and step-father Woodrow Martin.
Mr. Davis was a 1965 graduate of Trap Hill High School. He attended Beckley College and WVU Tech.
He was a proud Marine, serving his country in the Vietnam War with honor.
He worked for Range Fuel, Armco, Consolidated Coal and retired from Peabody Coal, where he was the mine manager.
He was a Master Mason of the Beckley Lodge #95 and the Beckley Loyal Order of Moose. Buford was also an avid golfer and fisherman.
Survivors include sisters Kay Marlowe (Jim) of Hickory, NC and Betty Wiley of Ravenna, OH, and brother Denver Walker (Ginger) of Richmond IN, sons, Greg (Janell) of Daniels and Steve (Janel) of Beckley and daughter, Sarah (Sasi) Taravath, of Wilmington, NC. Grandchildren: Kayla, Shana, Makenzie, Chase, Danielle, Robert, Kameryn, Surya, and Pratap. Great-grandchildren: Levi and Jackson and many nieces and nephews that he loved and his beloved dog Lucy.
Also proceeded in death by sisters: Frances Coffman, Jewel Miller, Cora Salgado, and Elois Davis, Brothers: Eugene Walker, Elmond Walker, Doug Walker, Edward Davis, and John Davis.
Buford was the most courageous man, proudly serving not only his country but his family as well. He was truly loved by many. A sad day here but a glorious day in Heaven. Go rest high on the mountain!
Services will be 11 a.m. Friday, May 31, 2019 in the Calfee Funeral Home Chapel with Pastor Joseph Blevins officiating. Entombment will follow in Sunset Memorial Park. Friends may visit with the family from 5-8 p.m. Thursday at the funeral home.
The family suggests memorial contributions be made to Hospice of Southern WV, P.O. Box 1472, Beckley, WV 25802.