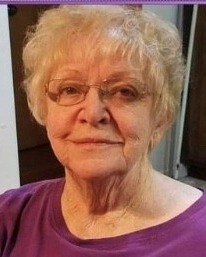 Brenda Joan Hale, 81, of Coal City, WV passed away November 15th, 2022 after a short illness.  Born on March 17th, 1941 in Jonben, WV.  She was the daughter of the late Stanley Edward Sexton & Dora Adkins Sexton.  In addition to her parents, she is preceded in death by her daughter Robin Hale and a grand-daughter Tonia Faye Hinchman, as well as four brothers Roy Sexton, Robert Sexton, Steve Sexton & half-brother Clifton Barbour.

Brenda grew up in Fireco, WV & continued to share memories of living in a small coal camp with all that knew her.  She moved to Chicago with her husband and was a homemaker for many years.  She returned to Coal City & later became an L.P.N. retiring from Raleigh General Hospital.  She was devoted to family and a member of the Lilly Brook Freewill Baptist Church. She loved shopping, watching movies, and the history of WV. Her presence will be greatly missed.

To order memorial trees or send flowers to the family in memory of Brenda Joan Hale, please visit our flower store.