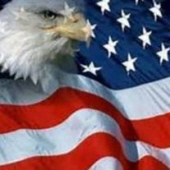 Brady Paul Browning, 75, of Princewick, passed away Friday, June 5, 2015.
Born August 28, 1939, he was the son of the late Brady David and Mabel Edith Hutchinson Browning.
Brady was a retired coal miner for Beckley Coal and a U.S. Army veteran.
He is survived by his wife, Linda Myers Browning; daughters, Karen Meador and husband Andrew of Murfreesboro, TN and Scarlet Kester and husband Steve of Beckley; sons, Brady Browning, Jr. and wife Violet and Wayne David Browning and wife Pam all of Princewick; brother, Rex Browning and wife Donna of MO; 10 grandchildren and 6 great-grandchildren.
There will be no service or visitation.
Arrangements by Calfee Funeral Home, Beckley.
To order memorial trees or send flowers to the family in memory of Brady Paul Browning, please visit our flower store.