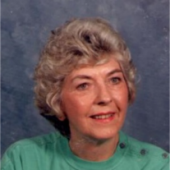 Bobbie Ann Vines Parsons, 84, of Murfreesboro, TN, passed away Friday, April 29, 2016. Born April 12, 1932 in Beckley, she was the daughter of the late Robert and Blanche Cook Vines.
Bobbie was a retired telephone operator for AT&T. She had a passion for cooking.
In addition to her parents she was preceded in death by her husband, James E. Parsons, grandchildren, Brette Leigh and Bailey Anne Parsons and a sister, Billie Jean Vines Hash.
Bobbie is survived by her son, Mark Parsons of Murfreesboro, TN and her grandson Mitchell Parsons.
Following her wishes a private committal service and burial was in Blue Ridge Memorial Gardens.
In lieu of flowers memorial contributions may be made to Caris Health Care Hospice , 242 Heritage Park Dr., Suite 101, Murfreesboro, TN 37129 or Hospice of Southern WV, P.O. Box 1472, Beckley, WV 25802
On line condolences may be left at www.calfeefh.com.
Arrangements by Calfee Funeral Home, Beckley
To order memorial trees or send flowers to the family in memory of Bobbie Ann Parsons, please visit our flower store.