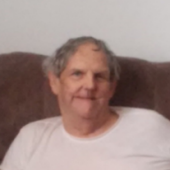 Billy Edward Doss, 77, of Beckley, died Monday, July 9, 2018. Born October 15, 1940 in Charleston, WV, he was the son of the late Frank Thomas and Kelsey Ann Doss. Besides his parents Billy was preceded in death by his wife, Lovie Geraldine West Doss.

Billy worked in maintenance and was an all around handyman. He was a friendly, outgoing person who never met a stranger.

Following Billy’s wishes he will be cremated with no services.