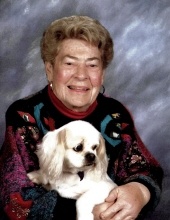 Ms. Betty Jane Wilkes 101, of Beckley, has passed away.
Betty was the daughter of William Wesley Wilkes and Grace Lilly Wilkes who arrived in Beckley from Bramwell, WV around the turn of the century. From this marriage Betty was the youngest of seven children; David Phillip, Wesley, Jr., Grace Lilly, Lewyn, Jimmy, and Joan who passed away in 2007. All preceded her in death in the order of their birth. Betty had been especially close with Joan; they were affectionately known to many as the “Wilkes sisters” as one was rarely seen without the other until Joan’s passing. Betty was also preceded in death by nephew John Wilkes, who was like a son and dear friends Helen Lytton, Silea Luchini and Evelyn Farris.
Faith, family, education, and community were the central tenants of Betty’s life. A graduate of Woodrow Wilson High School, she went on to earn an associate degree and then her bachelor’s in education from Beckley College and Concord College, respectively. Betty obtained her master’s in education at West Virginia University. She also completed special education graduate course work at Marshall University. Betty was a member of Delta Kappa Gamma International Society, a professional society for women educators. She was passionate about the difference a teacher who cared could make on a student’s life. She worked for forty-two years in the Raleigh County Public School System as a teacher at Crab Orchard Elementary and Lincoln Elementary. Betty loved being a sixth grade teacher and coaching each of the schools’ volleyball teams for several seasons.
Betty, and her sisters Grace and Joan were co-owners of Grace Wilkes Dress Shop. She was a board member of the Wilkes Insurance Agency, which her father started and was ran by her brothers Phillip, Lewyn, and nephew John. She was also a board member of Wilkes Distributing Co., headed by her brother Jimmy. They were fortunate enough to find success in all three businesses and were proud of many years of service to Beckley and the surrounding areas.
It would have been hard to have been a more involved member of the Beckley community than Betty from her birth until the early 2010s. She was a lifelong member of First Baptist Church where she was a former trustee, deaconess, and a faithful attendant of the Friendship Sunday School class. Betty had served as Chairwoman of the Beckley Salvation Army Advisory Board, the Raleigh County Humane Society, and the Raleigh County Historical Society Advisory Board at different times over the years. She was a former Corresponding Secretary for the Daughters of the American Revolution. Betty was also involved with Helping Hands and a member of the Beckley Women’s Club, Friends of the Library, The Moose, Black Knight Country Club and the Kiwanis Club.
In 2001, Betty and Joan were inducted into the Mountain State University Alumni Hall of Fame and received the YMCA Spirit of Beckley Award for 2004 in recognition of their philanthropic contributions and volunteerism within the community. Betty and Joan established the Wilkes Family Fund with the Beckley Area Foundation to aid the Humane Society and Salvation Army.

In 2010, the Wilkes Family Chapel at Concord University was completed; the realization of a dream of Betty’s to be able to unite the school’s students in fellowship. Betty was presented with an honorary Doctorate of Humanities from Concord University in 2015 to celebrate her enduring commitment to education and community.
In her free time, Betty enjoyed traveling around the world to learn from and experience other cultures. She shared her experiences with friends and students by showing pictures and telling stories of the wonderful people she had met during her travels. She never met a stranger.
Betty had quite the green thumb and could often be found in the warmer months working her flower beds or in the garden section of hardware stores getting more supplies. She was known for creating beautiful arrangements and was a founding member of the Rhododendron Gardening Club where she won many blue ribbons at flower shows over the years.
She is survived by her beloved nephew John Wilkes’ widow, Rosemary Wilkes, who cared tirelessly for Betty during her long illness, and their daughter Morgan Wilkes both of Pax, WV; beloved niece, Virginia Breeden of Lawton, OK and her children, Kenra, Susan, John, and Alex, their spouses, as well as their children and grandchildren; friends Kitty Lee and Betty Lilly of Beckley, WV; friend Margaret Siranni of Ft. Myers, FL; and the Luchini children; as well as her animals Jimmy, Quizzie, and Phantom, which she adored.
The family wants to acknowledge the contribution of past and present caregivers who aided in providing outstanding care for Betty over the better part of the last two decades; Blondena, Genna, Faye, Betty, Cindy, Ann, Millie, Rhonda, Linda, Sue, and Lisa. Additionally, her longtime gardener, David Rutledge, worked diligently to bring her vision of what her yard could be every season to life when she was no longer able.
Funeral services and church committal will be held Wednesday, February 23, 2022 at 3 o’clock at First Baptist Church, 422 Neville Street, with Pastors Doc Adkins and Phil Smith officiating. A private burial will be held Thursday in the Wilkes Triangle at Sunset Memorial Park. Friends may call at the church from 12-3 p.m. prior to the service.
Honorary Pallbearers will be Earl Whitener, George Wilson, Bill O’Brien, Andy Earehart, Johnny Scott (D), Michael Farris, Jim Sheatsley, Steve Ballard, Charles Houck, Bob Maynard, and David Baker.
Donations of sympathy may be sent to First Baptist Church, at the address listed above; Hospice of Southern WV, P.O. Box 1472, Beckley, WV 25802; Raleigh County Humane Society, 325 Grey Flats Rd., Beckley, WV 25801; Helping Hands, 106 First Ave., Beckley, WV 25801 or to the Beckley Salvation Army, 312 S. Fayette St., Beckley, WV 25801.