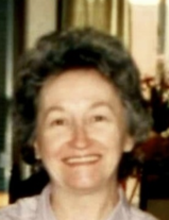 She was born May 28th, 1944 in Slab Fork WV to Arless (Ward) & Ivory Acord Cozart. She graduated Trap Hill High School in Surveyor WV. After graduating she worked as a telephone operator for Bell telephone company in Washington DC & Chicago IL. She married her husband of 54 years Jackie L Davis on April 11th, 1964. She was a devout follower of her savior Jesus Christ and was known as a mighty prayer warrior to all that knew her. She was the most faithful & loving wife and mother anyone could imagine, who always put the needs and wants of others before herself. She loved to write and sing songs about the Lord, watch Christian programming, and talk to her family as often as possible. Words could not describe how deeply she will be missed, so I will conclude with her usual ending to phone conversations with loved ones.

“GOODBYE AND I LOVE YOU, AND I’LL TALK TO YA LATER”

Services will be 1 pm Thursday, September 5, 2019 in the Calfee Funeral Home Chapel with Rev. Chester Cochran officiating. Burial will follow in Blue Ridge Memorial Gardens. Friends may visit with the family one hour prior to the service.

Arrangements by Calfee Funeral Home.
To order memorial trees or send flowers to the family in memory of Bette Jo Davis, please visit our flower store.