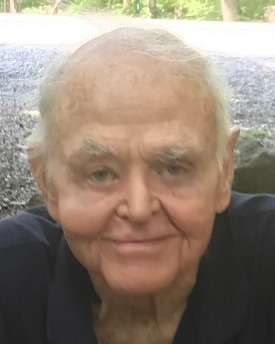 Arthur G. Wills (Doc, Jeep, or A.G.), 84, from Daniels passed away on October 16. “Doc” Wills graduated from Shady Spring High School in 1956. He married Alice Ballard, formerly of Beckley, in January 1962 prior to her death in 2002. One of the most significant fights of his life was surviving a plane crash in 1962. Wills graduated with B. S. from WVU in 1966, and graduated with Doctor of Veterinary Medicine Degree from Oklahoma State University in May 1970. Known as one of the best veterinarians in the state, Doc Wills worked at Beckley Veterinary Hospital for years, later starting his own practice, which later was located in Daniels from 1991 - 2015.  Wills cared for countless animals over the years, and was known for helping those pets whom others couldn’t save, as well as his generosity. He is survived by his brother, Jack Wills (Fairmont), son Arthur (Beckley), granddaughter, Mary and Zach Sabol as well as great grandson, Zachariah, nieces Sharon Brescoach (Morgantown), Meredith and Alan Treat and their children, Noel and Jonathan Shackelford, cousin Jo Ann Duff (Beaver) as well as other family members and friends.

Services will be 1:00 p.m. Thursday, October 20, 2022 at Clifftop Missionary Baptist Church, Beaver with Pastor Keith Manning officiating. Interment will follow in Blue Ridge Memorial Gardens.  Friends may visit with the family from 6-8 p.m. Wednesday and one hour prior to service on Thursday at the church.

In lieu of flowers, please donate to the WV Horse Network or Clifftop Missionary Baptist Church.

To order memorial trees or send flowers to the family in memory of Arthur G. Wills, please visit our flower store.